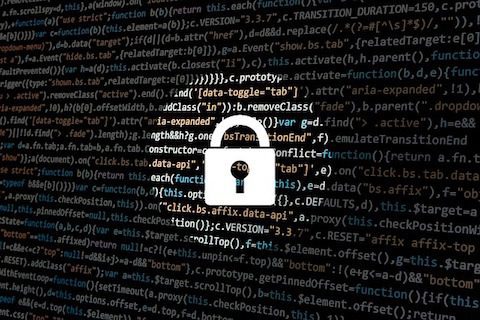 The most secretive place within any country, an intelligence agency is home to the world’s best spies, intelligence and influencers. Responsible for the safety of their country, these internal security agencies are the guys that keep our countries safe – by any means necessary.

Revered, invisible and thrilling, the best intelligence agencies in the world have to be both the most dangerous, and exciting workplaces across the globe.

Let’s take a look at the top intelligence agencies in the world.

The MI5 is the complementary agency responsible for the safety of things on home soil.

The MI5 and MI6 started as a two-man department called the Secret Service Bureau in 1909. With the outbreak of war in 1914, their profile was raised by Winston Churchill, who was the Home Secretary at the time.

His biggest action was to give the Secret Service Bureau permission to intercept correspondence. The MI6 was only officially recognized as a department in 1994, a year before it moved into its iconic home on the banks of the River Thames.

In 1939, work began on the MI6’s world famous Enigma machine. Built in Poland, the Enigma machine, used at Bletchley Park was invaluable to the Allies during the Second World War. The Secret Intelligence Service’s ‘double-cross’ system, which involved passing false information to the Germans during the war, was also a huge success.

MI6’s most famous traitor has to be Kim Philby. Philby managed to work at the top of the Secret Intelligence Service as an agent for the Soviet Union, for over twenty years. Philby was discovered in 1963 and escaped to the Soviet Union, where he lived for another 25 years.

One MI6’s most famous secret agents, Oleg Antonovich Gordievsky was a formal colonel of the KGB who worked for the MI6 for nine years. A bizarre twist of fate meant that in 1985, Gordievsky was sent to London to head up Soviet intelligence at the Soviet embassy.

When Soviet intelligence uncovered his treachery he was ordered back to Russia, interrogated and put under house arrest.

Managing to get a message to British intelligence, he evaded his KGB minders and was smuggled back to Britain by MI6. Gordievsky lived a high-profile life in Britain until 2008 when he died from a suspected poisoning linked to the Russians.

Possibly the most fictionalized intelligence service in the world, MI6 continue to be a major player on the world stage.

A run through of the top intelligence agencies in the world has to include the formidable Ministry of State Security in China (also known as MSS). Responsible for intelligence and security both overseas and politically, the MSS is a powerful international security agency with the authority to arrest and detain.  The Ministry of Public Security deals with more general domestic activities at home.

Formerly known as the Central Department of Social Affairs, the Ministry of State Security began in 1949 as the Communist Party of China’s intelligence wing. The current MSS was created in 1983 to bring together a number of different agencies.

From the suppression of Christianity at home to undercover agents and companies in significant foreign positions (such as CIA double agent Larry Wu-Tai Chin and accusations leveled at electronics company Huawei), the Ministry of State Security continues to be a fearless force in intelligence activities across the world.

The Central Intelligence Agency is responsible for gathering intelligence from all over the world for the United States government. Working directly for the President, the CIA is one of the most powerful intelligence agencies in the world. Not to be confused with the FBI, the Federal Bureau of Investigation who lead on security at home.

Officially created in 1947, the CIA began life as the Office of the Coordinator of Information (COI) in 1941. Frustrated by the lack of a common approach to intelligence during the Second World War, President Franklin D. Roosevelt set up the COI to centralize intelligence and covert operations. The COI was headed up by World War 1 hero, General William “Wild Bill” Donovan, who had undertaken covert operations after the First World War.

Disastrously for the CIA, Kim Philby was their MI6 contact, so much of their early work during the Cold War was compromised by Philby’s double dealings.

They faced further disappointment during the Korean war when claims of huge successes in their Korean office by Hans Tofte and Albert Haney were found to be grossly over exaggerated, wasting them millions of dollars.

One of their biggest failures was the Bay of Pigs fiasco that strengthened Castro’s position in Cuba, a huge disaster for the CIA.

Instead, the CIA’s achievements came with successful interventions in Iran, to overthrow Mosaddegh and return the western-friendly Shah to power, and the eventual installation of Castillo Armas as President of Guatemala.

Although the Guatemalan triumph almost didn’t happen when an agent left the details of the planned coup in his hotel, and the information was outlined in a national newspaper.

Other “favorable” actions included the backing of Joseph Mobutu and subsequent removal of Patrice Lumumba in the Congo. From Chile to the Middle East, these successes set the trend for future CIA interventions across the world.

The Central Intelligence Agency’s most significant and controversial mission has to be the assassination of Osama Bin Laden in 2011.

The Institute for Intelligence and Special Operations is Israel’s intelligence agency. Also known as Mossad, this Israeli secret intelligence service is complemented by Shin Bet who deal with domestic security, and Aman, who head up military intelligence. A top-secret agency, Mossad has never published details of how it works and reports directly to the Prime Minister.

Mossad started out as the Central Institute for Co-ordination, in 1949, to bring together the work of a range of different departments. A transition into Mossad in 1951 moved this Israeli secret intelligence agency from the control of the Foreign Office to the Prime Minister.

One of their biggest and most controversial successes came early in 1960 with the kidnap and execution of Adolf Eichmann from Argentina. Eichmann was a Nazi lieutenant colonel who had been one of the leaders in the orchestration of the Holocaust.

Global uneasiness with Eichmann’s kidnap from Argentina which resulted in his execution (once smuggled into Israel for trial and subsequent sentencing to death), meant that Mossad ditched plans to take Josef Mengele next.

Another feat involved smuggling Moroccan Jews to Israel in 1956 after the government imposed a ban on immigration to Israel.

These fearless acts have set the tone for Mossad’s operations across the world.

When Mossad received word that they had an officer who was about to sell Israeli state secrets to the Egyptians, he was kidnapped and taken back to Israel. However, the double-crosser died during the transition to Israel when he was given too many sedatives by Israeli secret intelligence officers.

From South Africa to Belgium, Mossad continues to show their willingness to use any means necessary to protect their country.

Created in 1956 as a necessity during the Cold War, the BND was West Germany’s foreign intelligence agency and a strong partner of the CIA. Its former incarnation had been the top-secret Gehlen Organization or The Org.

The BND’s founder, Reinhard Gehlen, had previously headed up the Gehlen Organization and was one of the Cold War’s most prolific spymasters. With their positioning, the BND’s vast intelligence was essential to the West during the Cold War.

Today the Federal Intelligence Service are still respected for their information-gathering in the Middle East and Russia. The BND is well-known for their use of monitoring of international communications and is said to keep over 200 million banks of data every day.

Their extensive successes during the Cold War (including the expanse of double agents that were at work across East Germany) have been in decline since the end of the east-west divide, however, their expertise and resources are still sought after across the world today. 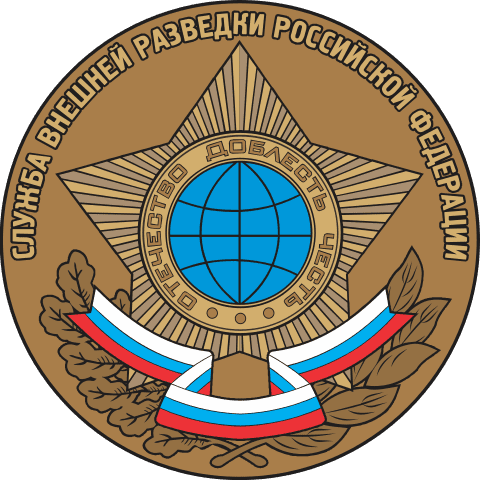 Seal of the SVR RF

The identities of any member of the Foreign Intelligence Service is strictly classified, with legal status as a state secret.

The SVR began in 1917 as a specialist wing of the Soviet Union’s secret police, nicknamed the Cheka. By 1954 it had become part of the world-renowned KGB. Checka’s agents were called Chekists, and identifiable by their long flowing black coats and amber worry beads.

A powerful force in the world’s intelligence community, they formed an official partnership with Chinese intelligence in 1992. The SVR also have partnerships with secret police in a number of former members of the USSR, such as Azerbaijan and Belarus.

According to high profile Russian defectors to the West, such as former GRU Colonel Stanislav Lunev and former SVR officer Kouzminov, the Russian Foreign Intelligence Service are working on a completely different level these days.

Both defectors, along with others, have suggested that there are a couple of thousand covert Russian agents living legally in America and other countries, in powerful roles. With a slew of Russian agents exposed from within U.S. internal security agencies, such as Aldrich Ames who was working in the CIA, or Robert Hanssen and Earl Edwin Pitts, who both worked for the FBI – this doesn’t seem so implausible.

The Russian Foreign Intelligence Service’s reputation for assassinations abroad, continue to court controversy today. With accusations of poisoning of enemies of the state living abroad, such as Alexander Litvinenko in England and Zelimkhan Yandarbiyev in Qatar, the boldness of the SVR is unparalleled.

Who else wields the power on the world stage?

Newer players in internal security are:

Responsible for foreign services overseas, the existence of the Australian Secret Intelligence Service was sensationally exposed by The Daily Telegraph in November 1972. Often plagued by allegations of mismanagement, the ASIS regularly works in collaboration with the CIA, MI6 and the Canadian Security Intelligence Service.

India’s Intelligence Bureau is a highly secretive and powerful international security agency, originally trained by the KGB. Controlling a vast range of internal intelligence activity, the details of its operations are completely classified. External operations are managed by the Research and Analysis Wing.

Who is the world’s best intelligence agency? Is Pakistan’s Inter-Services Intelligence about to topple one of the historic giants of intelligence?  What do you think? Share your comments below.

Interested in becoming a spy? Check out our step by step guide.

If you enjoyed this article then you’ll love our guide to the top spy movies next.

Don’t forget to follow us on social media to stay notified of new posts. Just click the icons in the top right corner of the page.