We love Bond here at StealthyNinjas.com! Find what we think is the greatest bond movie of all time and why in today’s post. 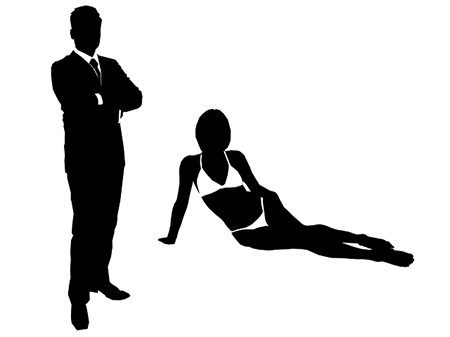 Though spy action thriller movies may have changed a lot since their inception way back, the James Bond saga will always remain the best spy movies of all times. Ranking the movies isn’t an easy thing to do but we have attempted to do so anyway.

But, probably the most iconic and famous of all is our number one choice, Goldfinger. In this article we explain a bit about the cast and plot, as well as why we think it’s so good.

Goldfinger is the third movie in the James Bond saga to be put out by Eon Productions. Our personal favorite Bond actor Sean Connery was cast as the star, and played the infamous MI6 agent. Honor Blackman was cast as one of the most famous “Bond girls”, Pussy Galore. There is also a great Bond villain performance by Gert Fröbe as Auric Goldfinger.

The movie was adapted from the novel by Ian Fleming. Albert R. Broccoli and Harry Saltzman produced it and it was the first of the four Bond films that Guy Hamilton directed. Johanna Harwood, and Berkely Mather wrote the screen play.

After destroying a drug laboratory in Latin America, James Bond—Agent 007—travels to Miami Beach to await further instructions from his superior, who is only known as ‘M’. The instructions are to be passed on by Bond’s friend, the CIA agent Felix Leiter.

The next instructions have Bond investigating bullion dealer, Auric Goldfinger, for gold smuggling. He is to observe the gold magnate and uncover Goldfinger’s plans to contaminate the United States Bullion Depository at Fort Knox.

At the hotel where James Bond begins his job of observing Auric Goldfinger, he notices that he was cheating in a high stakes card game of gin rummy. To stop Goldfinger, Bond distracts Goldfinger’s employee Jill Masterson, and then blackmails him into losing.

After the consummation of Bond and Jill’s new relationship, Goldfinger’s iconic Korean servant Oddjob, knocks Bond out. On awakening, Jill is found dead. But not just dead. She has been covered in gold paint, a calling card from the megalomaniac Goldfinger.

Bond tries to find another way to get Goldfinger by arranging to meet with him socially at his country club in Kent. To ridicule Goldfinger, he bets a Nazi gold bar on a golf game with high stakes, beating him in the process.

When he and Goldfinger get to Switzerland, Tilly, Jill’s sister fires a rifle at Goldfinger to get revenge, but was unsuccessful in hitting the villainous mastermind. The imperious Oddjob kills her with his famous blade-edged bowler hat. Bond is then captured and tied to a table beneath a cutting laser. Bond lies to Goldfinger to save his life.

The next part of the movie takes place on Goldfinger’s stud farm, which is near Fort Knox in Kentucky. Bond is held captive there but manages to escape to witness a meeting between the mafia and Goldfinger. He finally uncovers his plan to use nerve gas to take over Fort Knox before detonating a bomb to destroy the gold supplies. This would increase the value of Goldfinger’s own gold supply and give the Chinese the upper-hand in global economics. Goldfinger kills the mafia thugs before taking the essential materials that they have brought for him.

Bond’s reputation as a bit of a smooth operator with the opposite sex plays a big part in foiling Goldfinger’s plan. After seducing Pussy Galore (one of Goldfinger’s trusted employees), Operation Grand Slam doesn’t go as planned. The nerve agent was to be sprayed over Fort Knox by Pussy Galore’s Flying Circus, but she was persuaded to swap the lethal gas for something completely harmless. She also notified the government of the plan.

However, Bond and the government know nothing of the location or logistics of the bomb. In a cunning plan, the military guards in Fort Knox play dead when the “nerve gas” is sprayed by Pussy Galore. When Goldfinger and his henchmen arrive to take the gold, the military guards are ready to attack and they kill most of the intruders.

Goldfinger has the bomb onboard his helicopter and opens the vault before making his escape dressed as a US soldier. What ensues is a manic action scene with Bond being chained to the bomb and fighting with Goldfinger’s thugs Kisch and Oddjob. Kisch tries to stop the bomb after becoming trapped with it, but the loyal Oddjob kills him. Bond manages to free himself using Kisch’s keys and then has an epic battle with Oddjob. Bond eventually prevails and the bomb is stopped with just 7 seconds to spare.

Operation Grand Slam is thwarted but Goldfinger is still a threat. After saving the US gold reserve, Bond is invited for lunch with the president at the White House. Somehow, Goldfinger takes over the plane and another tense battle ensues. Goldfinger fires a hole in the window of the plane during a fight with Bond, and is eventually sucked out through the broken window.

Bond and Pussy Galore parachute to safety and another desperate plan is thwarted.

We won’t go through the whole cast, but these are the main characters that make Goldfinger such a classic.

Sean Connery is James Bond (007). He is an MI6 agent who has been sent to investigate Auric Goldfinger. He made up his mind to outgun and outwit the powerful and psychopathic tycoon to stop him from benefiting from an evil scheme to break into Fort Knox. As the first man to play James Bond on film in the modern iteration of 007, Connery didn’t portray Ian Fleming’s literary creation to the letter, but still he gave the character life. As a former Mr. Universe contestant, Connery didn’t come last in the physical stakes, but he brought with it a cool demeanor and a savoir faire that meant he was just as comfortable busting heads as he was wooing girls. During the filming of Goldfinger Connery became a huge fan of golf.

Honor Blackman played Pussy Galore, Goldfinger’s personal pilot and the leader of an all-female team of pilots known as Pussy Galore’s Flying Circus. She is probably the most famous of all the Bond girls over the years.

Shirley Eaton was cast as Jill Masterson, the first “Bond Girl” and Goldfinger’s aide-de-camp. He catches her helping the villain cheat at a game of cards. After Bond seduces her, for her betrayal, Goldfinger orders her completely painted in gold paint and she dies from “skin suffocation.”

Harold Sakata plays Oddjob, who is Goldfinger’s lethal Korean manservant. More than 50 years later Oddjob still remains the iconic bond villain along with Jaws. Though he doesn’t have a big role, this movie is as much about him as it is about Bond and Goldfinger.

Tania Mallet appears as Tilly Masterson, the sister of Jill Masterson, who is on a vendetta to avenge her sister, but is killed by Oddjob.

Bernard Lee plays the head of the British Secret Service.

Mr. Solo is played by Martin Benson, the lone gangster who refuses to take part in Operation Grand Slam. He is later killed by Oddjob and crushed in the car in which he is riding.

Q is played by Desmond Llewelyn. Q, as the head of Q-Branch, supplies 007 with a modified Aston Martin DB5. He appeared in the previous Bond movies and continued to play Q in the remaining 16 Bond movies.

Kisch is played by Michael Mellinger, He is Goldfinger’s secondary and quiet henchman and loyal lieutenant who led his boss’s fake Army convoy to Fort Knox.

Burt Kwouk plays Mr. Ling. He is a Communist Chinese nuclear fission specialist who provides Auric Goldfinger with the dirty bomb to irradiate the gold inside Fort Knox.

Goldfinger, the movie, is where the Bond that we know and admire really took form. In Goldfinger, we even find out that Bond doesn’t like The Beatles.

Auric Goldfinger is a very flashy Bond villain but he’s just a muscle set on killing Bond. He is a villain who is much more ambitious and a more recognizable villain. He is a rich white man who wants to increase his riches regardless of the cost. He does not joke with Bond, even though James Bond always toys with him in his constant game of wits.

Besides these two there’s Oddjob and Pussy Galore too. This movie is just full of iconic characters in the Bond series. They all work so well together to make Goldfinger an action packed and memorable movie that is still great fun to watch over 50 years after its debut.

We cover all things spy related here at StealthyNinjas.com. Check out our guides to spotting scopes or our big post on monoculars.

Don’t forget to bookmark us or follow us on Facebook as there’s lots more coming very soon!