5 of the Best Spy Novels

Time for a new book? We list our favorite spy novels of all time. Intrigue, suspense, drama… the greatest spy novels have it all! 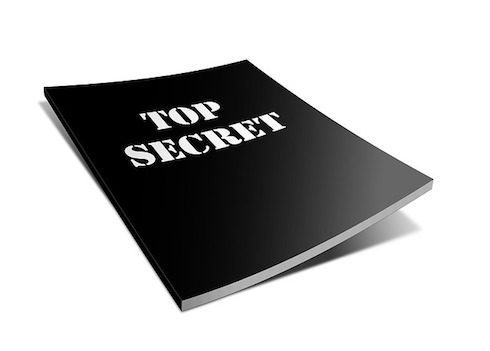 One thing about a good book is that it never loses its value, no matter how long it has been since it was written. A good story is timeless, full of intrigue and suspense.

In this article we’ve put together a list of the best spy novels of all time. There’s no James Bond but we think you’ll be pretty happy with what we’ve decided on. In no particular order, we believe they are:

Let’s take a look at each of them and discuss a bit about the plot.

This was written by John le Carré, a British author, in 1974. It tells the story of George Smiley, a retired senior official within “The Circus” (MI6 British Intelligence). He was dismissed from the intelligence service after a botched plan in Czechoslovakia that led to the abduction of Jim Prideaux, a fellow agent

Unexpectedly, a former boss of Smiley’s named Guilliam, as well as Oliver Lacon, the under-secretary and Smiley’s former protégé, approach Smiley. As the top civil service officer, Lacon is now responsible for keeping an eye on the intelligence services. At Lacon’s home, Smiley learns of a Soviet mole within the Circus’ highest level, based on the account given by Ricki Tarr, an agent who had gone missing a number of months ago. Tarr discusses the mole’s code name, which is Gerald.

Tarr lets them in on the knowledge that a female Russian diplomat, from whom he got his information, was on a visit to Hong Kong and passed on the information to London. Tarr follows by saying the woman had been forcibly and suddenly returned to Moscow.

This caused him to realize that he had been betrayed to Moscow by someone in London, and so he hid.

Control (the head of The Circus) ends up dead and the those who forced Smiley to retire early now run the Circus. With trust in his small, loyal cadre and with his wits about him, Smiley identifies Karla’s hand —his Moscow Centre nemesis—and sets a trap to catch the traitor.

The title of the book was derived from a children’s rhyme called “Tinker, Tailor.” It was the also code names for some of the characters like “Tinker” who was Alleline; “Tailor” who was Haydon; “Soldier” who was Bland; “Poor Man” who was Esterhase; and “Beggarman” who was Smiley.

In 2011, the movie based on the book was released to critical acclaim.

The Bourne Identity was written by Robert Ludlum in 1980. It’s a spy thriller that tells the story of Jason Bourne. Suffering from retrograde amnesia, he is forced to use high-level survival abilities to find his real identity. Though his face had been changed through plastic surgery, his memory was blank and there was a strange microfilm surgically inserted into his hip. He defies all the odds to find out why a severely dangerous assassin, the CIA, and many other unknown groups seek his death.

Coming before two other novels, this is the third in a series made well-known by the popular movies starring Matt Damon. The movies are great, and pay homage to classic James Bond movies of the past.

This is not just a spy novel but an adventure story written by John Buchan. In 1915, it appeared as a serial in Blackwood’s Magazine in August and September before it was published in October. It has appeared on best movie lists by the likes of: The Strand, The Telegraph, The Culture Trip, The Guardian, Crime Fiction Blog, and Goodreads

The Thirty-Nine Steps is a story about a man named Richard Hanney, an expelled Scot, who has returned from his long stay in South Africa to his London flat. He is accosted one night by an American man, appearing to know about an anarchist plot that seeks to damage Europe.

Because the man appears to fear for his life, Hannay decides to take him in. He offers the man safety within his flat. Later, Hannay returns home again to discover that the man is dead. The death is considered to be a suicide. After another few days, Hannay discovers the American he had been harboring was murdered.

This novel is the first of five novels with Richard Hannay as the action hero with an extraordinary skill for getting himself out of terrible scenarios.

The Spy Who Came in From the Cold

This novel tells the story of a Cold War spy in 1963. Author John le Carre wrote the piece, and through it we meet a British agent by the name of Alec Leamas. Leamas was brought to East Germany to sow incorrect information regarding an East German officer thought to be quite powerful.

The Cold War ended for Leamas when he watched his last agent being shot by the East Germans. He was to be content with a desk job or an early retirement until he was offered a chance to get revenge by setting up Mundt, the deputy director of the East German Intelligence Service, using himself as bait.

The Riddle of the Stars

This is a classical spy novel by Erskine Childers. It takes place prior to World War I in Europe. Davies and Carruthers are two British individuals who uncover secret German activity hinting at a prelude to a terrible war. They both discover evidence to prove that Germany indeed was planning on invading England.

We’d love to know what you think about our list. Have you read these books? Do you agree? Or do you have a suggestion that you think should be on here? Let us know in the comments down below or over on the contact page.

A good spy needs a great disguise, but how do animals manage to stay undetected by their enemies? Check out our post on the top animal camouflage patterns to find out more.

Our most recent post is all about stealth technology. Curious how it works? We promise you won’t be bored!

Make sure you visit Stealthy Ninjas again soon as we have posts on the best James Bond movies and actors coming going live in the next couple of days.