Heard of super strength Kevlar but unsure about what it is? Yeah, so were we. In today’s article we piece together all things Kevlar. 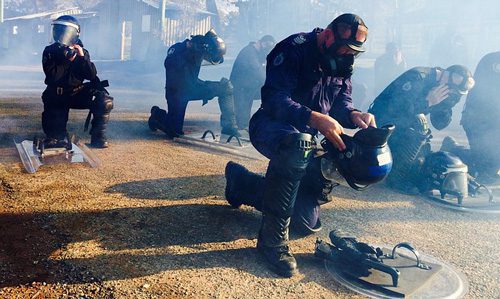 Though most people are aware of Kevlar’s durable properties, many of us don’t know specifically what Kevlar is made of, nor the reason that it has such incredible toughness. So, you may be surprised to know that Kevlar is not a metal; in fact, it’s constructed from highly durable plastics. It’s also one of the strongest known materials on the face of the Earth, even more so than steel, and we continue to find new uses for it to this day.

When was Kevlar discovered? 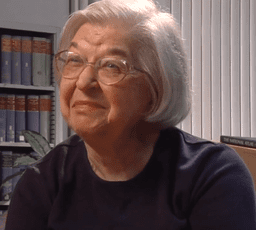 The specific plastic that was ultimately branded as Kevlar was first discovered in the 1960s by a Polish-American chemist named Stephanie Kwolek. Working for a chemical company named DuPont, Kwolek was searching for a stronger fiber to use in the creation of automobile tires, during a gasoline shortage. The end result was the discovery of the plastic used in the creation of Kevlar.

Kevlar is actually the registered trademark for the synthetic fiber that Kwolek developed. Similar chemical structures exist with different names. Twaron is another material that is very similar to Kevlar.

How is Kevlar made?

Kevlar gets its high strength from the numerous inter-chain bonds that make up its chemical composition while gaining additional strength from aromatic stacking interactions. The process of creating this polymer can be broken down into 2 main processes. Firstly, you must produce the base plastic that forms the building blocks of Kevlar; this plastic is called poly-para-phenylene terephthalamide, a name that is far less consumer-friendly than ‘Kevlar.’ 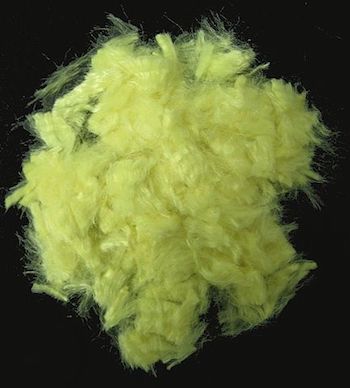 Next, you must convert this plastic into a network of strong fibers to create the durable polyamide that we know as Kevlar. An amide is created by replacing a hydrogen atom from ammonia with part of an organic acid, which is then repeated over and over until you end up with a polyamide.

The chemical makeup of Kevlar naturally falls into small, straight rods that closely knit together and form hydrogen bonds with one another for additional strength. It is this structure that gives Kevlar such highly durable properties and makes it difficult to break apart.

It’s also impressive to note that Kevlar can maintain its chemical properties and resilience down to temperatures as low as minus 196°C, without any impact on its tensile strength. At higher temperatures, the material does not fare so well, losing approximately 10-20% of its tensile strength after a prolonged period of exposure.

How does Kevlar work?

Though Kevlar has a range of different uses, one of the best-known properties that it has is for absorbing the high-impact energy of a variety of weapons, and preventing the wearer from being injured, for example, protecting against bullets or stabbing and slashing weapons. Although this doesn’t necessarily make Kevlar products completely bulletproof, they are highly effective in protecting against fast-moving projectiles such as bullets, owing to the way that they absorb and dissipate energy.

What makes Kevlar such a good anti-ballistic material is the fact that it takes an incredibly large volume of energy to enable a bullet or knife to penetrate the fibers, as they are so tightly woven together and extremely difficult to separate without a very high volume of energy being applied. As a projectile makes contact with the Kevlar material, its energy is transferred into the Kevlar and dissipated across the surface of the polymer. Even if an object was moving quickly enough and had high enough energy to penetrate the material, it would be significantly slowed and have less potential for damage.

Though Kevlar material is stronger overall than steel, it is also approximately 5.5 times less dense, meaning that an amount of steel will weigh 5.5 times more than the same amount of Kevlar. Not only does this make a material that offers better protection against ballistic injury than steel, but also one that is far easier to incorporate into personal protective wear, as the wearer will not become over-encumbered so easily.

Recommended Next: Ever heard of tactical pens? Check out our guide next. 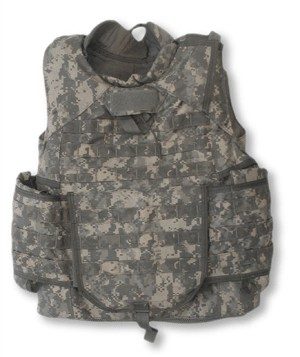 Now you know how to make Kevlar, as well as some of the antiballistic properties of the material, you may be interested to know that there are a variety of other applications for this extremely tough material.

So, aside from in military and law enforcement armor, what else do we use Kevlar for? On an everyday basis, there are products as small as bicycle tires and cell phone cases incorporating Kevlar into their designs.

The lining on a bike’s tire helps to guard against punctures from the road, while an insulated phone case protects a delicate cellphone from impacts when dropped. Similarly, many pairs of work gloves contain Kevlar lining, as well as chef’s gloves that are slash and stab resistant for working with sharp knives.

Here are a few other popular uses of Kevlar:

Kevlar is used in the construction of many items of motorcycle clothing, as well as for other sportswear, such as fencing outfits, horse riding equipment, and protective equipment worn by skaters.

In addition to being used in the creation of sportswear, Kevlar is also used to create some sporting equipment. For example, ping pong paddles often use Kevlar for the surface of the paddle, which can create a better rebound effect than rubber.

Kevlar has been used in the creation of loudspeaker cones, as well as within the design of some fiber optic cabling, and has even been included as part of the design for some snare drums due to its high tension.

Kevlar has been known to be used in the design of some non-stick frying pans, as a replacement for the more commonly used Teflon.

Certain brands, such as Motorola and OnePlus, have used Kevlar in the design of some of their smartphone backplates, due to their durability and the low likelihood of interfering with cell phone signals.

We hope you enjoyed learning about Kevlar in today’s post. There will be lots more like this coming over the coming weeks and months

Interested in sporting optics? We’ve got a couple of awesome guides on spotting scopes and monoculars that you don’t want to miss out on!

Make sure to follow us on Facebook to stay notified of all the latest news and reviews at StealthyNinjas.com.